Overview and Background of the Petrobras Corruption Scandal

Petróleo Brasileiro S.A. (“Petrobras”) is a Brazilian oil company that is majority-owned by the Brazilian government. For nearly a decade, Petrobras allegedly engaged in a massive corruption scheme that went unchallenged until 2014, when, on October 27, 2014, it issued a press release stating that certain of its key executives were being investigated in connection with bribery and money laundering. Since then, prosecutors and federal police in Brazil have unearthed the country’s largest-ever corruption scandal by linking a ring of black-market money changers to a price-fixing and political kickback scheme at the state-run oil company.

Sworn testimony has revealed that Petrobras executives and Brazilian government officials accepted bribes from members of a cartel of construction companies in exchange for awarding inflated contracts to members of the cartel in connection with oil refinery construction, drilling rig construction, and other energy-related construction projects.

Start the process to participate in the ISAF-Petrobras recovery initiatives

Petrobras has listed various equity and debt securities that trade on B3 S.A. - Brasil, Bolsa, Balcão  (“Bolsa São Paulo”), LATIBEX (“Bolsa Madrid Spain”) and the New York Stock Exchange (US ADRs). During the public’s discovery of the fraud, the stock experienced substantial price declines. During the months following the company’s October 27, 2014 press release, Petrobras’ stock price dropped by roughly half, resulting in a massive depletion of the company’s market capitalization and substantial losses to Petrobras’ investors who purchased equity and debt securities around the globe. 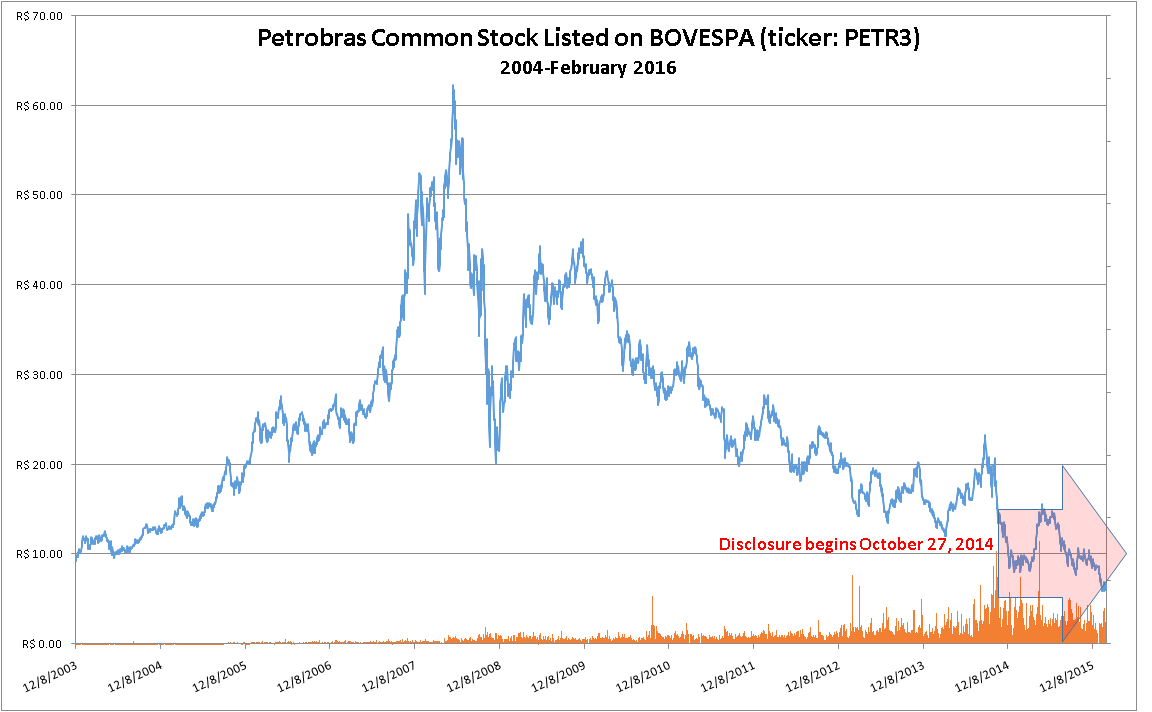 ISAF will investigate if your trades are eligible